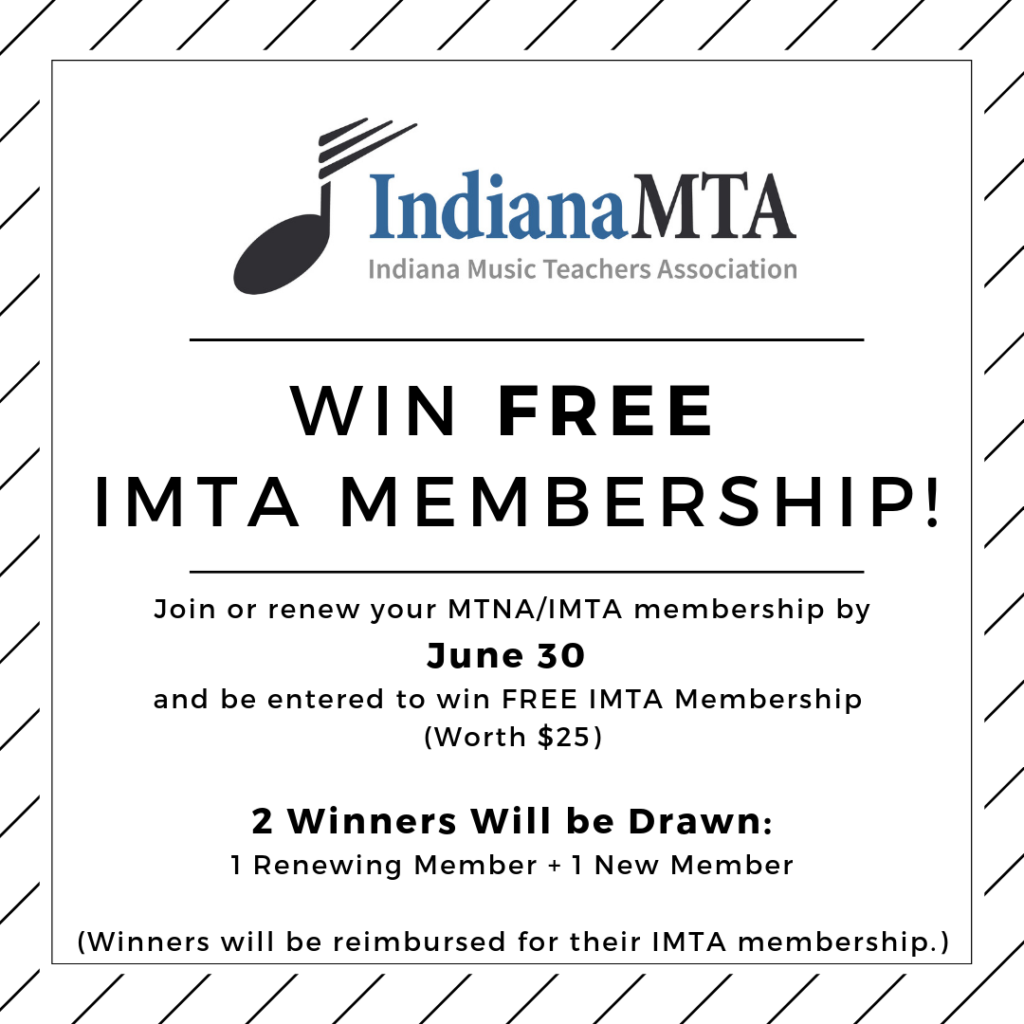 IMTA wishes to express it’s heartfelt sympathies to the family of Dr. Catherine A. Smith who passed away on January 2. Dr. Smith was active with IMTA for more than 10 years (approximately from the late ’80s through the early 2000s) serving on the board and various committees. Her obituary is posted below.

Dr. Catherine A. Smith, distinguished faculty emerita, Eastern Illinois University, Charleston, Illinois, passed away January 2 at Meadowood. She was born in LaPorte, Indiana, on October 27, 1925, to H. Myron and Marie (Burgoon) Smith. Cay graduated from Bloomington High School and received her B.M. and M.M. with distinction from the I.U. School of Music. She earned her A.D. Music degree from Florida State University under the tutelage of Ernst Von Dohnanyi. She was the first woman in the U.S. to earn a doctorate in piano performance. Cay taught piano for some 40 years, most of which were at Eastern Illinois University. She also taught classes and performed piano programs around the world. She led music and art European tours. At Eastern Illinois University she received the Distinguished Faculty Award, served as chairman of the Keyboard Department and was involved in faculty governance. She served on the Faculty Senate, Council on Academic Affairs. Cay served two terms as President of the Illinois Music Teachers Association. After retiring in 1988, Cay returned to Bloomington. She served as president of the National Society of Arts and Letters and the Community Chamber Music Association. She served on the boards of the Friends of Music, the Bloomington Adult Community Center, Meals on Wheels and the Indiana State Music Association. Cay was also involved with Sigma Alpha Iota, Community Kitchen, Catholic Social Services, Friday Musicale and the St. Charles Peace and Justice Committee. She was also an avid duplicate bridge player; sometimes playing with three different groups a week. Kay is survived by her sister, Marie Mitchell and 19 nieces and nephews. Several nieces and nephews live in Bloomington: Cathy Carter, Steve Carter, Mike Carter, Sally Carter, John Carter, and Susie McGlasson. She was preceded in death by her parents; three brothers, Henry Myron Smith, Jr, Joseph Smith, and Patrick Smith; and one sister, Margaret Carter. A mass of Catholic Burial will be celebrated at 11:00 am on Tuesday, January 8, at St. Charles Borromeo Church. Visitation will be from 10:00 am to 11:00 am at the Church prior to the mass. Day & Deremiah-Frye Funeral Home, 4150 E. Third St., Bloomington, Indiana 47401 is entrusted with arrangements. Online condolences may be given to the family at www.DayDeremiahFrye.com

IMTA is proud to present our newly updated logo! The old logo has been updated to a fresh look while maintaining the feel of the original. The updated logo has allowed us to also streamline the logo design of all our Indiana state programs! Check out the new and old side by side! 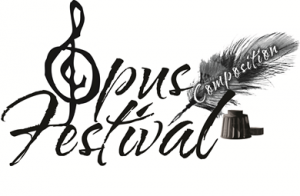 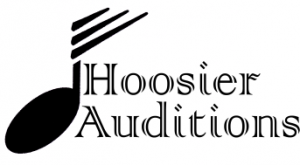 On behalf of the teachers of the state of Indiana, the IMTA Board of Directors has voted to donate $500 to the MTNA Benevolence Fund.
The fund is solely used for the purpose of helping teachers who have suffered a loss in their studios due to natural disasters. In the wake of all that has occured over the recent months, your IMTA Board asks you to also consider a personal, tax-deductible donation.
For more information on the MTNA Benevolence Fund, visit the MTNA website.
Donations can be made online via the MTNA Foundation Website

IMTA celebrates the life of longtime member Margaret Strong who was awarded (posthumously) a 50-year membership at the Fall 2016 IMTA State Conference at Goshen College. This excerpt from a recent obituary in the Bloomington newspaper highlights Margaret’s wonderful life of service as a piano teacher.
—————————————————
Margaret Ann (Schofield) Strong, 91
FEB. 23, 1925-OCT. 1, 2016
MINNEAPOLIS, Minn. – Margaret Ann (Schofield) Strong, 91, a lifelong music teacher and promoter of civil and human rights, died October 1, 2016, in Minneapolis, Minnesota. The cause was complications from pneumonia.
Born on February 23, 1925, in Lockhart, Texas to William M. Schofield and Ethel (Lawrence) Schofield, Margaret attended Baylor University, where she studied Music (clarinet).
During World War II, she left school to work at the San Marcos Army Air Force Base. After that service, she attended the University of Texas, where she earned her Bachelor of Music Education degree (1949) and met her future husband, Douglas Ray Strong.
Margaret and Douglas were married in 1949 and settled in Houston, TX, where Margaret performed and taught piano and where their two children, Narissa and Fred, were born. Margaret was one of only two piano teachers in Houston who taught both black and white students in the 1950s.
The family moved to Bloomington, Indiana, in 1959, when Douglas was hired to be the Head Piano Technician at the Indiana University Jacobs School of Music. In Bloomington, Margaret built her private piano practice and became active in the Indiana State Music Teachers Association and Mu Phi Epsilon, the music sorority. Margaret and Douglas were active politically and in the Unitarian Universalist Church, where Margaret was the Religious Education Director for many years and one of the regular musicians who played for services. END_OF_DOCUMENT_TOKEN_TO_BE_REPLACED

IMTA regrets to hear of the passing of long-time IMTA member Stella Tatlock of Bloomington. Stella was awarded teacher of the year in 1986 and was one of the first, if not the first teacher to receive the distinguished award.
http://www.tribstar.com/obituaries/stella-virginia-tatlock/article_c3d84642-a3ac-5572-9244-4a6b2f181a45.html

‘The music beyond the notes’. The Tribune-Star recognizes IMTA member Louise Clouse.

Congratulations to Erin Peyer, second year graduate student in Piano Pedagogy at Butler University, for her selection as recipient of an RMM Studio Fellowship Award, presented by the National Piano Foundation. “The RMM Studio Fellowship Award is presented annually to new or established independent piano teachers who demonstrate a clear understanding of Recreational Music Making (RMM) philosophy and practices, and a proven passion for creating new music makers with RMM-based teaching.”  The award includes 2 new digital pianos from Yamaha or Kawai. Additionally, recipients will be assigned to an RMM teacher/mentor who will consult with them in all facets of starting, developing, and teaching an RMM program.  After graduation next month, Erin plans to launch an independent studio in her home town of Oshkosh, Wisconsin, and will include RMM classes for teens as a focus of her teaching.

Indiana Music Teachers Association Past President Karen Thickstun is on the slate for the 2013 MTNA elections.  Thickstun served as director of the East Central Division and member of the MTNA Board of Directors from 2008–2010 and chaired the Local Association Forum. Thickstun has served on the MTNA nominating committee, Standing Rules committee, Local Association of the Year committee and is currently chair of the Affiliate Grants committee. Thickstun is currently on the faculty at Butler University where she serves as the director of the Butler Community Arts School.
To read more about Karen Thickstun and vote on her behalf, visit http://www.mtna.org/about-mtna/elections/secretary-treasurer/